Actually, I don’t really remember what I did..

Yeah, it’s been so long since my Mangkang Work Camp. But because I have promised that I would write all my activities (as long as I remember) in this blog, I will do it. Fortunately I wrote my Facebook status during the camp, so I can read it again and then write it in this post.

The fourth day, it was Saturday. In the morning, we visited another school near the camp site, MI Al-Hidayah. MI stands for Madrasah Ibtidaiyah, one kind of Islamic school in elementary grade. Three class grouped in one, so crowded when we were teaching. But my friends said that I could manage the situation. Yeah, actually it was really fun. We taught garbage collection education, separating organic and inorganic garbage.

At the noon, we went to big traditional market to buy 190 bottles that would be brought to student when garbage collecting happened in the next day. The sun was shining really hot that day. When we had finished to but the bottles, my cellphone’s SD Card was broken. Oh no, really bad thing because I didn’t bring any recovery tools with me. And of course, all the photos was disappeared. It really made me lost focus about camp. What I thought was just how to restore my data and repair my Android. So, in order to regain my feel in camp, I went to the mosque to pray maghrib together.

Cooking team was replaced by Japanese for dinner. They planned to cook curry rice, one of the most favorite dishes in Japan. Unfortunately, they brought instant ingredients from Japan for it, so I could not copy it to cook in my home. We ate dinner together, and it was really delicious. But they said that the original curry rice in Japanese is more delicious. Wow, I really want to go to Japan.

The fifth day, the lesson I got from “sd-card-accident” was I have to prepare more for IT emergency kit when I was not in home. After breakfast and take a bath, we started to prepare for national waste day. We wrote all students name in each bottle we bought yesterday. After that, because we had a free time, I went to the nearest internet cafe that had to be reached by ojek (motorcycle rent) for about 10 minutes. I searched for recovery tools I loved most, Hiren Boot CD.

Fortunately, the connection was good, approximately 200KBps when downloading in local. I downloaded that recovery tools in 70KBps for almost 2-3 hours. After that, I came back to camp site and then repairing my SD Card using my friend’s laptop. Not all data can be restored, but at least I could get back the photos. There are some lessons behind the accident. First, I could realized that my HTC Desire can be installed with HTC Desire HD roms. Now, I feel like I am using Desire HD without having to buy the real device. Second, “sedekah” is really powerful. Last, of course “ikhlas” is the key.

At night, as usual we were chatting about cultural change. Because I really want to go to Japan, I talked so much with the Japanese. I was finding every way to go to Japan as soon as possible. I hope Japan will be my first international trip, just like what I wrote in here. We also did preparation and last briefing about national waste day that would be happened in the day after that. Yeah, because of my loud voice, I was chosen as the main coordinator of garbage collecting.

The sixth day, Monday 21st 2011, we woke up early to make sure the national waste day on the right track. First, we were delivering the bottles we prepared before to the 1st, 2nd, and 6th class directly, because they would not be involved in garbage collecting. I was really happy to see their expression while distributing the bottles. We also taught them about separating garbage, organic and inorganic. After that, we with class 3rd, 4th, and 5th were going to collect the garbage near the school, MI Al-Hidayah. Some of them were really active, and some were lazy. Yeah, that happens in everywhere.

After delivering the bottles to the 3rd, 4th, and 5th class, we were taking picture together. 2 of public local journalist were reporting us. And then we were walking around the village and campaign the importance of garbage collecting and cleaning the environment. The international member shouted “Tidak ada sampah!!” with their accents. Haha, really funny.

At night, Vuokko from Finland was cooking for dinner. After that, we had a real culture exchange session. The Japanese changed their clothes and wearing their traditional clothes called Jinbei. Of course, Ai the only one woman wore Yukata, a simple version of Kimono. I wore batik long shirt and sarung. We danced “poco-poco” in a simple version, because we really forgot how to dance, haha. The international member also tried to wear the kebaya we had. One by one, we were telling or performing about our culture. Really exciting.

We were really exhausted in that day. But we still had to prepare about next day, visiting Djarum Company, one of the biggest cigarette company in Indonesia. Because we would share about the international member to them. Next, I really don’t remember what we did in 7th day and so on. But I will try to write it.

All the photos can be viewed here 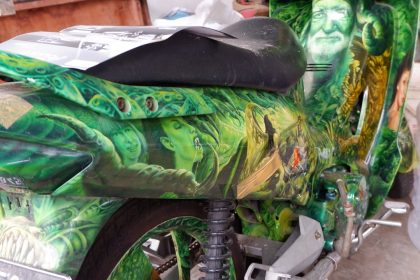 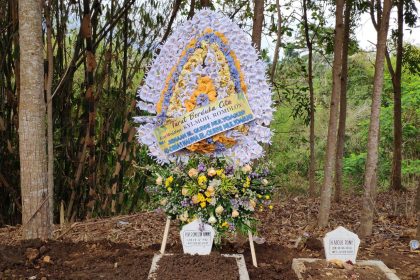 This site uses Akismet to reduce spam. Learn how your comment data is processed.

Call me Haqqi. I am from Malang, Indonesia. This blog is purely my personal logs, to be read in the future. Mostly in Bahasa Indonesia.

Tags in this Blog